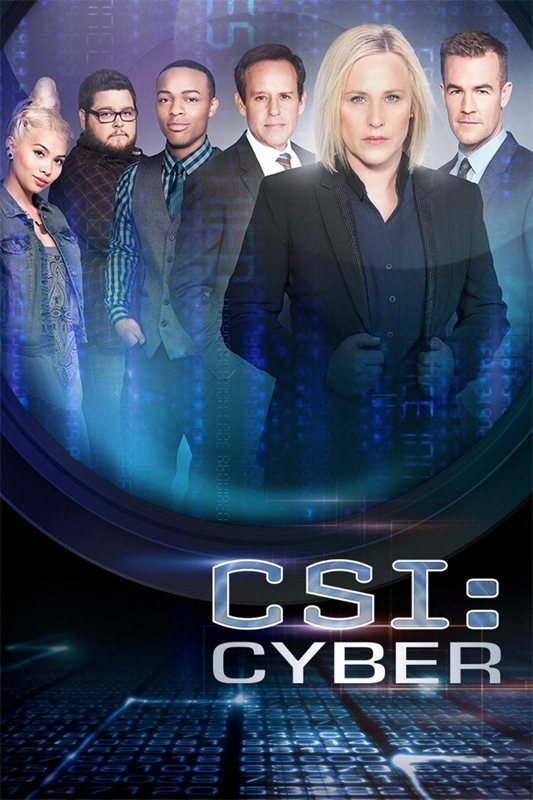 In a weird 's teenager kind of way, they are my Kennedy family. I've followed most of their stuff here and there, but when Medium was on TV, I was neck-deep in drug addiction and then forehead-deep in recovery, which didn't leave much time for TV until Then I met my husband who had Netflix, so I married him yes, for the free Netflix and lo and behold was Medium just begging for me to binge the shit out of it.

When I got to the end of the series, I jumped on Wikipedia, as I do once spoilers are no longer a threat, and read through the series synopsis to revel in the television memories that just recently filled my life for the little while it did.

Then I got to the last paragraph and none of it sounded like what I had just watched. Cut to me in tears because my non-spoiler life was just ruined because Netflix did not have the actual final season streaming on its service "What the fuck, Netflix?

Then came news of Patricia Arquette's new show. It was to be based on a real-life woman just as Patricia's Medium character was and it was the latest iteration of CSI, this time focusing on cyber crimes.

How ironic that what finally causes me to leave this garbage in the dust where it belongs is how they treat minorities and real life situations.

Which brings us to last night's episode, "Brown Eyes, Blue Eyes. It deals with a police officer's body camera footage which appears to show him beating and shooting a compliant and unarmed black criminal to death.

So far: a timely and accurate portrayal of the umpteenth stories we, as citizens of America in , have unfortunately become accustomed to.

How amazing it would be if they actually did a story like this justice and brought it to the forefront of Granny and Pop-pop's potentially skewed and racially motivated views, right?

Too bad it's the complete opposite of amazing. I'll continue. The internet explodes in response to the video, it trends in every state according to the Cyber Crimes Division's giant blinking map because: "technology" , and completely swamps the FBI who assigns said crime unit to the case in order to prove that the video is forged and the criminal being murdered in it wasn't actually murdered.

Even still It's a stretch at this point, but even now, they could stay the course and tell a tale of the levels police will sink to in order to try to cover their asses, even when the officer in question is probably guilty of a crime.

Spoiler alert that you probably saw coming: That's not the story that gets told. If you had any hope of this being something you would appreciate, let that nonsense go.

What happens is: some hacker does, in fact, crack the police department's hi-tech computer codes, steal their body camera footage, and alter one of the videos to look like someone got murdered, who actually didn't.

It's not the video of the police officer beating an unarmed and compliant black man, one of countless times, that's the problem. It's the person who edited the end of the video to make it look like the black man died.

He's the one that planted the race bomb in the middle of the city. Blame rests on his shoulders and his alone. Let me reassure: This isn't a white show about white people solving white crimes.

Know how I know? Everything's fine! And thank God, too. Otherwise, who would the white folks look to to make sure something's racist or not?

But don't worry, he definitely wasn't the angry black guy. You know how I know? In fact, everything is so fine, that they let precisely one other person say precisely one other thing that remotely sounded like they hated the systematic racism which results in the countless loss of black lives.

Everything's cool! They understand everything and even white people are angry! Except, yeah I suppose all she really said translates to "Waahhh.

Don't wanna, but I will. Sad face. They don't fucking get it. Full stop. I digress. After the opening sequence, we end up in the police officer's home.

What started as Avery questioning him and him admitting that he definitely beat the guy in the footage, but didn't kill him became swarms of angry black protesters filling up his front lawn because his personal information had been "made public.

What does officer white guy do instantly? He reaches for his gun. Because what else is there to do, right?

Thankfully, sensible Avery was there to disarm the white man with her words. Then bricks fly through windows, black-people-bats swing toward white-FBI-agent-heads, FBI-agent-hands break black-faces, and protester-cell-phones get whipped out to film it.

We're gonna pause here to let it all sink in A white police officer allegedly murders an unarmed black man.

His personal information gets leaked to the press. The press put said information on blast. Dozens of black people pick up bricks and bats and go to this man's house.

Their actions culminate in them brutalizing a white FBI agent who fights back just in time for them to film him doing so.

The irony, of course, is the CSI: Cyber writers demonizing protesters. For good measure, our dear Avery spouts all the reasons why the problem in this scenario is probably a white guy.

Their main suspect, who hasn't tried to take any credit for doctoring the body cam footage, is just sitting idly by while chaos ensues. Then, the gruesome reality of it all manages to seep in with a few message board comments that flash over the screen while the hacker smiles.

I list them below because Because this shit was smack dab in the middle of this particular episode of television which does absolutely nothing positive for any race relations in any way, shape, or form If I'm being completely honest, it almost feels like they wrote this episode as an excuse to spit racist venom.

JohnnyCracker: "What do black men and sperm have in common? Answer: Only one in a million work. But they all fight. I'm on the ground in Ashdale.

Outnumbered 5 to 1. We need help. Never will I ever in my life watch this shit. I'm just sayin'.

After the first protester kerfuffle you remember, the one where Dawson Leery beat up the black man who tried to hit him with a bat because why wouldn't a protester attack an FBI agent with a bat?

A round of applause, ladies and gentlemen. For not getting hit in the head with a bat. By a black man. Who he beat to the ground. Bow Wow looks shocked and appalled by the standing-O which lays the groundwork for his beef with Dawson.

This is where the "Come on, you know that wasn't about race" card gets played. To which Bow Wow basically says "Gurl, I know you're not racist.

But all these bitches around us whose e-mails I've read are. And that's why I'm upset with I'm putting that shit in quotes.

Because pretending he said that makes more sense than the nonsense the writers actually made him say. Those additional poor excuses to display blatant racism on behalf of the writers follows: "The blacks should be put in their place.

Also, just for fun, there's an assumed predominantly black church that gets burned down. Which essentially happened just so more people could ask Bow Wow if he was alright.

Because he would obviously care more about a burned down church than the heartless white people who couldn't care less.

It's cool, though, because he just started dating the only other not-white person in his division. And since she asked him if he was okay, it wasn't about race.

You got us again with your tricky smarts, CSI: Cyber writers! Way to totally make it not about race once again. Kudos to you. If I'm being honest, this episode is even more tiring the second time around.

They're fighting because the hacker stole the police officer's black wife from him. Pausing again.

Drink it all up: This entire problem, based solely on a murder which occurred based on race Race actually plays no part in it!

It was never about race! Smiley Face! They arrest his ass, bring him back to the station, interrogate him for, like, a minute and a half, until he finally gives up the ghost and states his manifesto: "Only after bloodshed is there healing.

Avery questions a hacker who was responsible for an information breach when she worked as a psychologist. The team investigates a jewelry store robbery and murder that occurred during a power cut in Detroit.

A killer hacks into a popular online game and is manipulates people into delivering illegal weapons. The team investigates an orchestrated Wi-Fi attack on nine different planes that departed from the same airport.

The team investigates the murder of a woman and discovers there is a discrepancy in the time of her death.

The Cyber team hunts down a bomber intending on revealing the "truth" about society's overreliance on technology.

The team investigates cyber arsonists. Meanwhile, Elijah's ex-wife reveals she is starting a new job out of town and wants to take their daughter with her.

A roller coaster crash seems to have been caused by illegal access to the ride's internal computer. In the series premiere, special Agent Avery and her team of cyber analysts investigate the breach of baby monitors.

Season 2 18 full episodes, 1 clip available. Episode 18 - Legacy. March 13th, The future of the United States Government is in trouble as Avery and the Cyber crew look for the hacker in charge of the biggest breach of highly classified information in history after a very large number of federal employee files are stolen.

Episode 17 - Flash Squad. March 9th, A traffic app is hacked and users are rerouted to remote locations and then robbed by masked women.

Episode 15 - Python's Revenge. Episode 14 - Fit-And-Run. February 21st, When a jogger's body is found, the Cyber team use the fitness tracker she was wearing at the time of the murder to retrace her steps for the entire night leading up to her death.

Episode 10 - Shades Of Grey. December 20th, When dozens of ATM's release money into the street, an uninvolved bystander is killed. Episode 9 - iWitness.

December 13th, The cyber team investigates the killing of a hacker who was recruited to get rid of an attack victim's comments from a confession website.